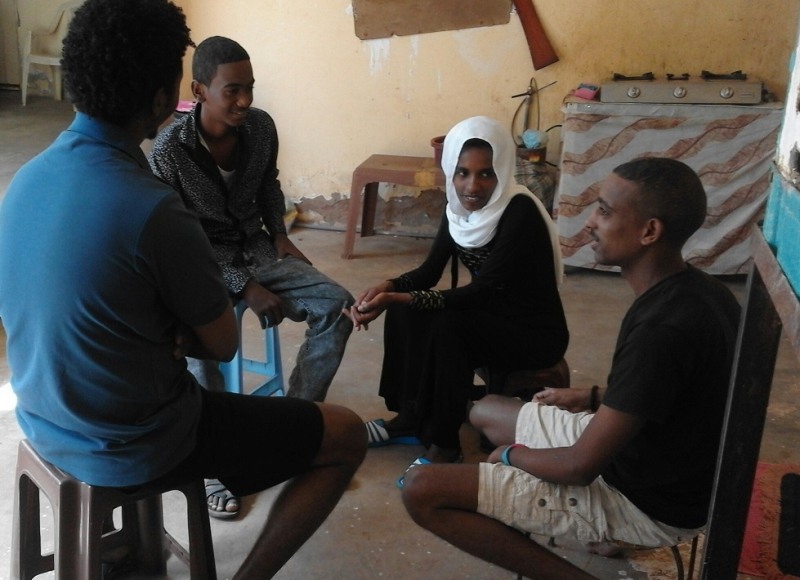 In response to the migrant smuggling crisis in the Mediterranean, the Migration Policy Institute asked Seefar to contribute experience and insights into migration pathways to the southern shores of the Mediterranean. The results and conclusions of this study were published in May 2015 (click here).

First, the study looked at the process of irregular migration from the perspectives of migrants. It includes views and experiences of different groups of migrants that meet – but often don’t merge – along routes to the Mediterranean coast, where they wait for a chance to attempt a sea crossing. This approach counters the general trend of describing people migrating irregularly either as a homogeneous bloc of helpless subjects, or a group of fortune seekers. It explores the diversity of migrant’s backgrounds, motivations, and migration options – both within and between nationalities.

Migrants vary a lot in their desire and capacity to reach Europe. Some may be much more interested in going to North America, while others want to return to their country of origin as soon as possible. Some are interested in going to Europe but do not plan to take a boat. Many are receiving financial support and encouraging messages from contacts abroad to migrate irregularly. With people holding such different interests, the impacts of any policy change towards them will vary tremendously and in some cases it will serve to increase demand for irregular migration.

Second, the report looks at the migrant smuggling industry and measures what is currently known versus what is (mistakenly) assumed. It links the existing gaps in knowledge to the difficulties policy makers face in designing and implementing policies that target smugglers and their criminal activities. On the one hand, it is becoming increasingly clear that smugglers are flexible and able to respond quickly to changes on the ground – for example, more government patrols. On the other hand, it appears that much less is currently known about the structure and economy of smuggling networks.

The research also introduces the argument that understanding the dynamics and relationships between smugglers and migrants better may be very important to understand potential effects of policies to counter smuggling operations. Regarding the smuggling market in Libya, for example, not every group or nationality is treated the same; there are differences in costs, available routes, and levels of violence and coercion. More vigorous counter-smuggling ambitions will therefore provoke different enforcement, diplomatic and humanitarian consequences for different places and people. Relationships between migrants, smugglers and political patrons will be the decisive influence, but are not well understood.

Third, the study puts forward evidence that migrants form their decisions to migrate based on risk assessments that are often more nuanced and farsighted than current models indicate. We make the case that the circulation of poor or misleading information is unlikely to be the sole factor behind making risky decisions. This explains, at least partially, why simplistic “information campaigns” in the past have been unsuccessful. It argues that more research is needed on the relationship between policy and procedural changes, how this should be conveyed through information channels, and what the effects may be on migrant decision-making at each step of their migration journey.

Seefar has experience conducting migration research and relies mainly on primary data collected in the field. Data sources include, but are not limited to prior work experience, partnerships with local researchers, the diaspora, and the wider migrant and migration stakeholder community.