Home » Research » Recommendations from the US Trafficking in Persons Report – What’s the point? 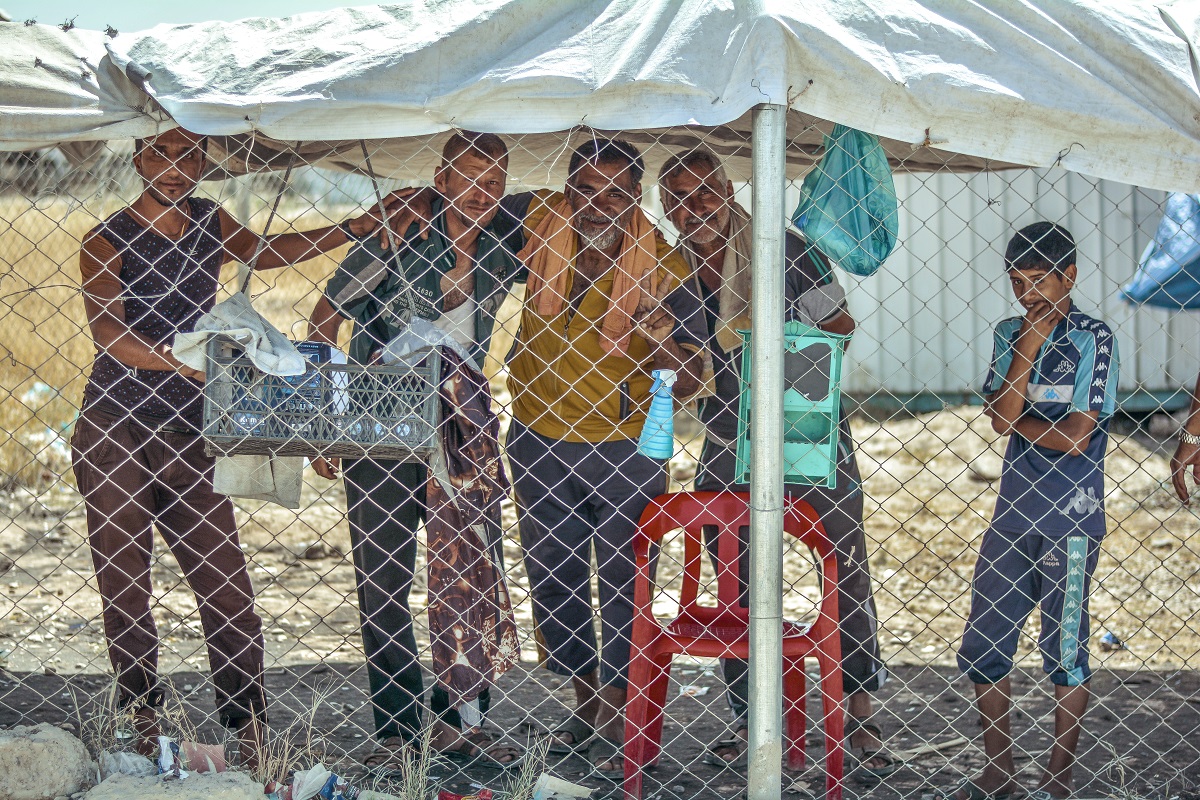 Recommendations from the US Trafficking in Persons Report – What’s the point?

The industry has reached a stage of maturity in which the production of human trafficking research and recommendations is becoming repetitive. Moreover, the volume of recommendations has become a barrier to prioritization. We could decide that poor or discarded recommendations are a humorous example of do-gooders over-supplying their do-goodery. That would be a “laugh and keep doing it” approach. We can also see it as a monumental waste of effort – effort which could be put into prioritization and progress for exploited and vulnerable people. That would be a “grimace and do better” approach.

One theory might be that “worse” countries should have more recommendations on dealing with human trafficking. There’s always room for improvement, even for the “best” countries, but surely the most comprehensive guidance will be offered to countries in the lower tiers. It’s reasonable to imagine that these are the countries that have the least capacity on the issue, so they need the most detailed advice.

Although it’s a small sample to make this comparison, there is an encouraging indication that this occurs in practice. For a country on Tier 3, the average recommendations per year was 17.3. For Tier 2, 11.9. And for Tier 1, 9.0.

What about consistency in the number of recommendations by country over time? An important caveat here is the tendency for individual suggestions to split and combine over the years, so “one” recommendation may contain two ideas from a previous year.

The chart below shows stasis for Vietnam, while the others have been on their own unique journeys. The most dramatic line is Thailand, which received a lot of recommendations between 2013 and 2015, then a drop in 2016. On the one hand, this aligns with Thailand’s shift to Tier 3 in 2014 and then back to Tier 2 in 2016. On the other hand, Malaysia’s similar dance between the tiers in 2014 and 2015 was not accompanied by a similar change in recommendation numbers. Another unique pattern is Indonesia, which was in Tier 2 throughout the period, but which has accumulated a greater number of recommendations since 2013. We would say overall that there is weak or moderate consistency in the number of recommendations for a country over time, but we need some qualitative diving into the data to see whether this is important.

Next, let’s consider how digestible these recommendations are. For recommendations to be useful, they have to be specific enough to guide action and to be supported for a realistic time period. There were 434 recommendations for these countries from 2012 to 2016. That’s an average of 12.4 recommendations each per year. To get a feel for what that means in reality, let’s take a look at a random selection:

The selection above gives a sense that recommendations tend to be broad, some requiring changes to regulation (e.g. labor laws) and some requiring more of a cultural or political shift (e.g. “increase efforts”). We tentatively suggest that 12 such priorities in a year is a full meal, one plate for each disciple at the last supper. It would only make sense to initiate reform across this buffet of ideas if a country has the vision and capacity for a multi-year effort. Similarly, it would only make sense for the US Trafficking in Persons Report to offer such a menu if it is (a) grounded in great analysis of priorities and (b) grounded in great analysis of capacities. A restaurant that serves food people can’t eat is wasting a kitchen.

If country context and capacity are accounted for and we assume it is rare for a country’s human trafficking context to shift radically in a year, then we should expect that a good system of recommendations will generate sustained attention and guidance. In other words, it would be a good thing if some recommendations are repeated year after year. Even better, if the country is taking action, there would be progress that looks something like this:

Does this happen in practice? The evidence is mixed. We constructed some “family trees” for histories of recommendations. In the example below, we can see a fairly consistent set of concerns on legal reform in Myanmar, particularly because of the focus on issues related to child soldiers. A couple of sporadic ideas are floating orphans on the right side of the diagram, relating to internal human trafficking and to stateless persons. But in general, we can see a sustained focus somewhat obscured by changes in wording.

The next diagram shows the family tree of legal reform recommendations for Vietnam. The lineages here are vaguer. There is a consistent, narrow concern for labor in drug rehabilitation centers and there appears to be broad, evolving interest in national anti-trafficking laws. On the other hand, there is sporadic interest in victim identification and there are a few bare branches on the right side of the diagram, which may suggest a lack of follow-through. Between 2015 and 2016, there is positive consistency: four out five recommendations in 2016 seem to be direct descendants of those in 2015.

The next diagram shows the history of recommendations to Malaysia that we have categorized as Services. This diagram shows much less structure than the previous two. Some recommendations are intriguingly specific but seem to lack follow up, for example in relation to victim phone call rights. One major line of effort on case management seems to have sprouted only recently. More positively, it seems that there has been a healthy evolution of recommendations and action in relation to victim protection since 2012.

For a final diagram, let’s explore further the increasing number of recommendations that Indonesia has been receiving in relation to human trafficking. On the left-hand side, we can see some old lineages of sustained concern. On the one hand, this suggests Indonesia is not making major progress on long-standing issues. On the other hand, it suggests that the Trafficking in Persons Report is showing admirable doggedness in sustaining recommendations on its priorities. On the right-hand side of the diagram, we can see a proliferation of interests. It is possible that these recommendations relate to new problems or opportunities, but a review of the Report’s country analysis does not support this theory. Instead, it may be that these new interests result from more comprehensive attention to the issue at an Embassy level. Given the apparent lack of progress on long-standing priorities, it is far from certain that pushing new priorities will yield improvements.

Let’s go for ten years of insights and effort, rather than a year’s effort made ten times.

We estimate that approximately 60% of the recommendations in the Trafficking in Persons Report could be standardized. Trafficking is a broad field, but it’s a field with defined boundaries. We’re dealing with a farm, not a jungle. Within that field, it would be relatively simple to standardize types of recommendations that appear frequently around the world and over time. For example, there does not seem to be a meaningful practical difference between these:

The benefit of standardizing recommendations is to strengthen the evidence base for prioritizing efforts and tracing their impact over time. Another possible benefit is increased understanding of what recommendations mean locally and globally. Right now, the layout and content of the Trafficking in Persons Report obscures the relationship between context, analysis and recommendations. Each year there is criticism of the Report’s analysis and choice of priorities, usually on a country basis. But there is no method publicly available to analyze recommendations over time. Standardizing language would make this a lot easier. Let’s go for ten years of insights and effort, rather than a year’s effort made ten times.

To be clear, we’re not saying that the Report’s authors should be strait-jacketed into choosing from a list. Instead, we are recommending they be alerted to options to clarify their recommendations on human trafficking. Even a simple drop-down or suggestion function, followed by the option to add context-specific points, would make it a lot easier to understand how this massive effort in generating recommendations evolves over time. You could even create a system to identify the points raised in the context analysis that most directly link to the recommendation, which then provides you with an efficient and transparent check for next year’s review. Spoiler alert: we’ve already started experimenting with standardization and it’s proving easier than you may expect.

The first major innovation of the US Trafficking in Persons Report is the tiering system. It is an effort in standardizing analysis so that there is a framework to guide political and financial resources. Clearly, however, the Trafficking in Persons Report aspires to go beyond guiding resources “just” at the country level. The recommendations sections give guidance at a sectoral, thematic, fiscal and even institutional level.

The Report could have a much greater impact and justify its own efforts more easily if there was a stronger system to issue and track recommendations. The disease of proliferating and ignored recommendations is not unique to this corner of international development. However, it is rare that we find such a simple opportunity to tweak a method and generate such an impact. For all those slaving away on producing the report, there’s a big opportunity to improve results for exploited and vulnerable people drawn into human trafficking.