Home » Research » Women’s Empowerment in Georgia: Financial Inclusion from Below 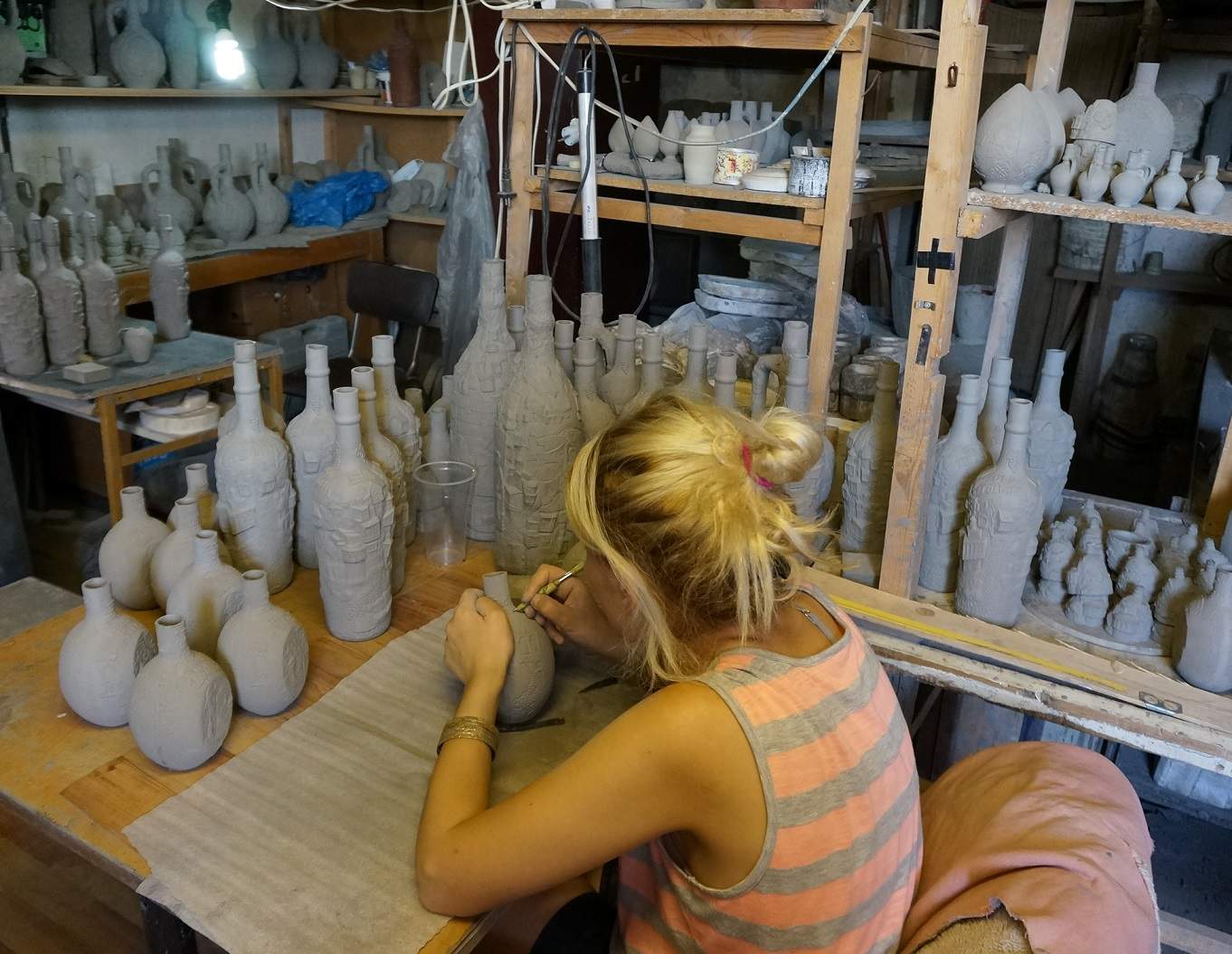 Women’s Empowerment in Georgia: Financial Inclusion from Below

Seefar had the privilege of travelling to Georgia as part of the HERA (Her Equality, Rights and Autonomy) International Grants Programme team for 2014. HERA is a UK-based charity that works to prevent trafficking by empowering women to become economically independent through a number of programs, one being the annual International Grants Competition, which awards small grants to start-up businesses each year. The criteria requires that applicants are female, own a small business and employ, or will have the ability to employ, other women. No cash is given, rather equipment or education is paid for directly.

Located at the crossroads of Eastern Europe and Western Asia, Georgia is a country with an engaging history and culture. Over the centuries, it has been the object of fierce rivalries between empires, and some of these tensions still continue today, never far from the surface. The effect this has had, and continues to have, in the Georgian political and economic spheres is a constant topic of discussion and dismay. A universal feeling of uncertainty over Georgia’s future still very much shapes the social landscape. Due to these upheavals, and the inability for many people to find work locally, there has been a history of both women and men traveling abroad for work for extended periods, something HERA is fighting to change.

It was incredibly inspiring to meet the finalists from Georgia this year. These women embody the fighting spirit: they have overcome being trafficked, growing up in incredibly challenging environments, or been subject to violence or exploitation. They emerged from these situations not with self-pity or defeat, but with a burning desire to turn their lives around.

In an IDP camp about an hour outside Tbilisi, a woman lives with her young daughter and elderly mother. Thousands of Georgians fled inland after years of upheavals, culminating in the Russia-Georgia war of 2008 – the IDP camp is a permanent settlement for people who fled this conflict. She says that surviving month to month is difficult: there is no government support provided to the residents of the camp. To support her family, she works as a journalist for the local newspaper, and does some sewing work to earn a little extra money. Admirably, though she is facing incredible hardship herself, she has previously taught English and computing to women and adolescents in the camp, made possible by small grants from NGOs. HERA recognized the importance of her contributions to the camp, and wanted to ensure this continued. We therefore arranged for her enrolment in a 6-month English course with a school in Tbilisi. She was so thrilled to receive this assistance, and told us she is looking forward to providing more education and training to the women in her camp, with the long-term goal of increasing the chances of their employment.

In the city of Batumi, a previous HERA grantee seems excited to receive us. Her clothes-making business has doubled since she received two grants from HERA in the past three years (two being the maximum an applicant can apply for). The grants from HERA provided her with three sewing machines and a laptop, allowing her to double the number of female employees and hire an additional space to operate from. Her clothes – from baby’s clothes to dress-ups for kids to adult clothing to traditional Georgian clothing – are beautiful, and she is clearly so thankful to HERA for extending her, her employees (and her family), this life-line.

These are just a couple of examples of the direct and positive impacts an organization like HERA can have on women in developing countries. Having found many avenues of financial assistance closed to them, the grantees this year were excited to receive assistance from HERA, which they say will go a long way to ensuring their own financial stability and autonomy.

The difference HERA is making in the lives of vulnerable women is something to be admired – there is clearly a great passion for this work, a desire to make a difference in the lives of women, and a commitment to sustaining their success through continued monitoring and engagement. This level of commitment and engagement is something that every social enterprise should aspire to.

HERA promotes the economic autonomy of young women, who have experienced violence and other forms of exploitation, so that they may become entrepreneurs and find formal employment. Learn more about HERA and the wonderful work they do, here: http://www.enterprisingspirit.org/